Influence & Impact – Do You Have What it Takes to be a Leader? 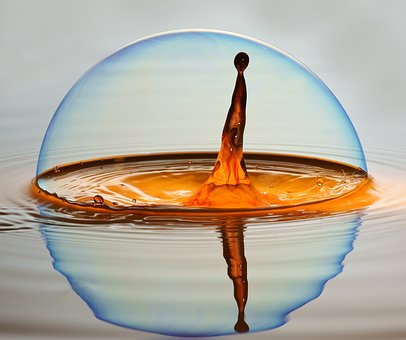 Do you have what it takes to be a leader?

I recently had a very insightful conversation with the CIO of a fast-growing Fortune 500 company around this very topic.

We were discussing those moments that make the biggest impact on our careers.

He shared a very engaging story of a former boss who was very painfully direct, to the point and didn’t mince words. He still felt the impact of a short, but to the point, discussion his former boss offered him shortly after taking on his new role. On his second week in a new Sr. Manager role, his new boss asked him “What is your succession plan for your role”. He was taken off guard by what seemed to be a misplaced question. He barely knew where the restrooms were and how to use the company’s communication tools let alone start his succession plan! His face must have expressed his surprise about needing to tackle that topic so quickly in his new role. His boss didn’t miss a beat and indicated it takes at least 18 months to get a successor ready and in place – and if he didn’t start right away he wouldn’t have his plan ready and would miss out on any growth opportunities until he did.

Talk about a boss that not only encouraged future thinking (and planning) but one that also didn’t let any moss grow!

That same boss also suggested the CIO also look at his leadership style – and if he cared about leadership and being a leader that he had better start to look at his influence and impact versus focusing on what he delivered.

“A leader is about making an impact and influencing those around you, it isn’t listing or counting off the deliverables you meet every day”.

Wow – so additional direct feedback he didn’t necessarily ask for – but is very appreciative he received.

Even if it stung a bit. He credits these two small but significant moments in his career to focusing him to think and plan forward and to think about his impact and influence.

What are the moments, interactions or guidance you have received that have had a significant impact on your career?  What does it mean to be a leader?

If you are currently a leader in your organization, your company or your community

– What impact or influence are you having? Or are you simply focusing on checking off the deliverables on your “to do” list?
– Are you waiting to be invited or encouraged? Or you reaching beyond the day-to-day and creating an impact?
– Are you influencing and having impactful conversations with those you lead?
– Are you setting the expectation for yourself and those you lead that leadership is more than just “doing”? That it is also about influencing?
– Is your influence having the desired impact you seek?

If you are wanting to grow into a leadership role, or grow your leadership in the role you have –

– Are you willing to expand your focus?
– Willing to look at your ability and desire to influence and not just check the boxes?
– Do you have a colleague, leader or mentor that you can enroll in your growth?

Wondering where to start? Start here with 15 of the Top Executive Secrets to Being a Successful Leader

And if you are interested in understanding more about Influence and Impact – reach out to me on Facebook or LinkedIn.